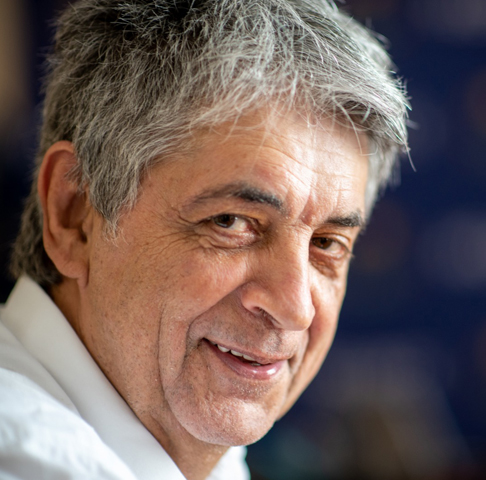 Dr. Heinz OSSENBRINK, born in 1951, has a PhD in Nuclear Physics from Hahn Meitner Institute, Berlin and joined the European Commission’s Joint Research Centre in 1982. He built up the JRC’s activity on Photovoltaics when Europe started its research and pilot programme for Photovoltaic systems.

In 1995 he became Head of the Unit for Renewable Energy, but expanded research and support activities to Energy Efficiency and Bio-Energy, notably Biofuels. His work was dedicated to the scientific support of EU legislation for Renewable Energies and Energy Efficiency. More recently, he was developing the Unit’s portfolio to support Africa’s efforts for a renewable energy supply and also the science support to the “Covenant of Mayors”.

Until his retirement, he was inspiring a multidisciplinary team of about 50 scientists covering materials science, physics, electrical and building engineering, energy economy, agriculture and geographical information systems.

His more than 100 publications cover measurement and testing methods for photovoltaic generators, economic assessment of renewable energy, global environmental impacts of extended bio-fuel use and as well as Energy Efficiency policies as a crucial means for Climate Change mitigation.

Until his retirement, the 42 Member states of the International Electrotechnical Commission voted for him to chair the Technical Committee 82 and under his guidance many successful international standards on photovoltaic technology have been published.

He served for 20 years as Programme Chair for the series of European Photovoltaic Solar Energy Conferences, and still advises about the scientific content.

He continues to be deeply interested in global sustainability issues, and engages in particular on the architectural and ecological footprints of photovoltaic arrays, showcasing the beauty of a new energy form.

Living on the shores of Lake Maggiore in northern Italy he practices sailing, skiing, and more recently, also flying.

This website uses cookies to improve your experience while you navigate through the website. Out of these cookies, the cookies that are categorized as necessary are stored on your browser as they are essential for the working of basic functionalities of the website. We also use third-party cookies that help us analyze and understand how you use this website. These cookies will be stored in your browser only with your consent. You also have the option to opt-out of these cookies. But opting out of some of these cookies may have an effect on your browsing experience.
Necessary Always Enabled
Necessary cookies are absolutely essential for the website to function properly. These cookies ensure basic functionalities and security features of the website, anonymously.
Functional
Functional cookies help to perform certain functionalities like sharing the content of the website on social media platforms, collect feedbacks, and other third-party features.
Performance
Performance cookies are used to understand and analyze the key performance indexes of the website which helps in delivering a better user experience for the visitors.
Analytics
Analytical cookies are used to understand how visitors interact with the website. These cookies help provide information on metrics the number of visitors, bounce rate, traffic source, etc.
Advertisement
Advertisement cookies are used to provide visitors with relevant ads and marketing campaigns. These cookies track visitors across websites and collect information to provide customized ads.
Others
Other uncategorized cookies are those that are being analyzed and have not been classified into a category as yet.
Save & Accept